Title: Camera at the Mart: high clearance rate in Granard

Niamh Gunn was in Granard Mart on Monday evening for its special sale of weanlings.

Camera at the Mart: high clearance rate in Granard

Niamh Gunn was in Granard Mart on Monday evening for its special sale of weanlings. 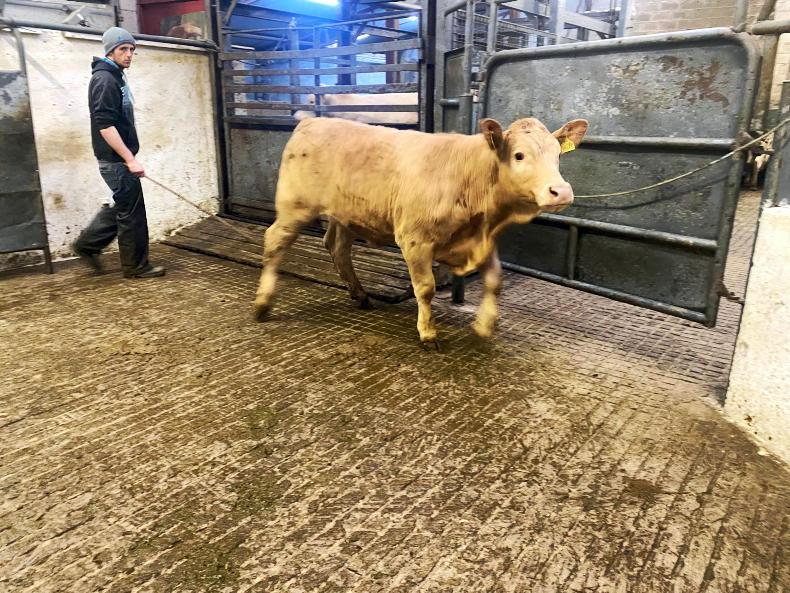 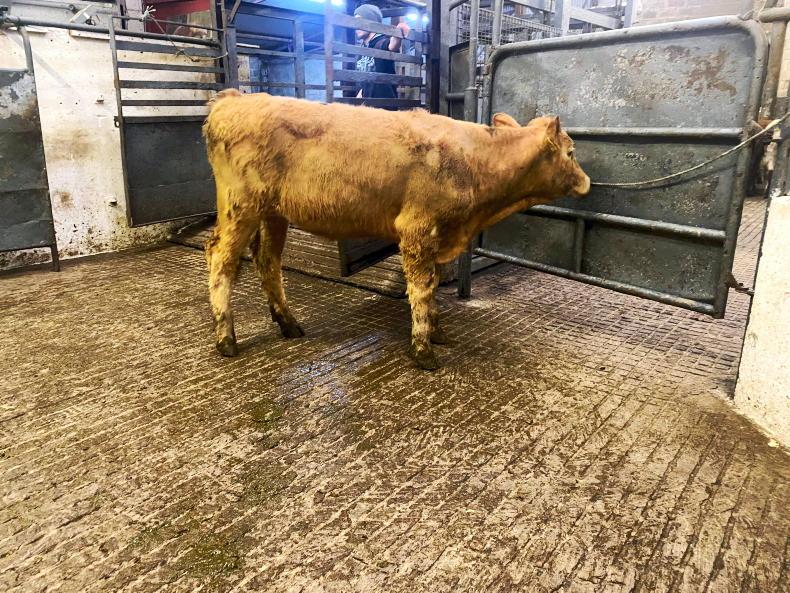 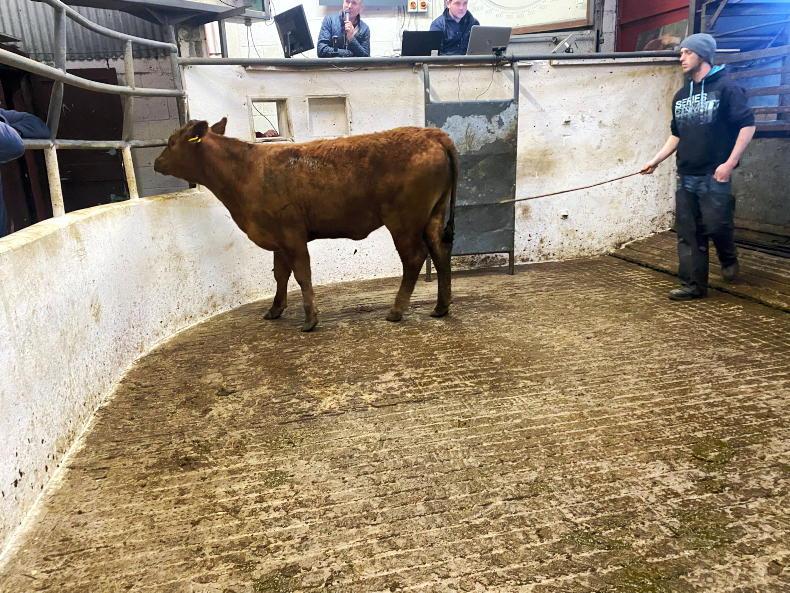 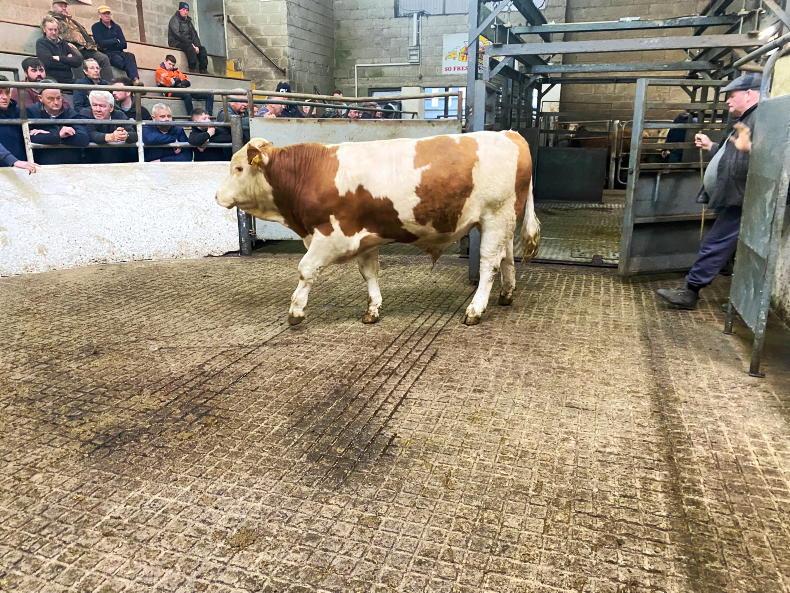 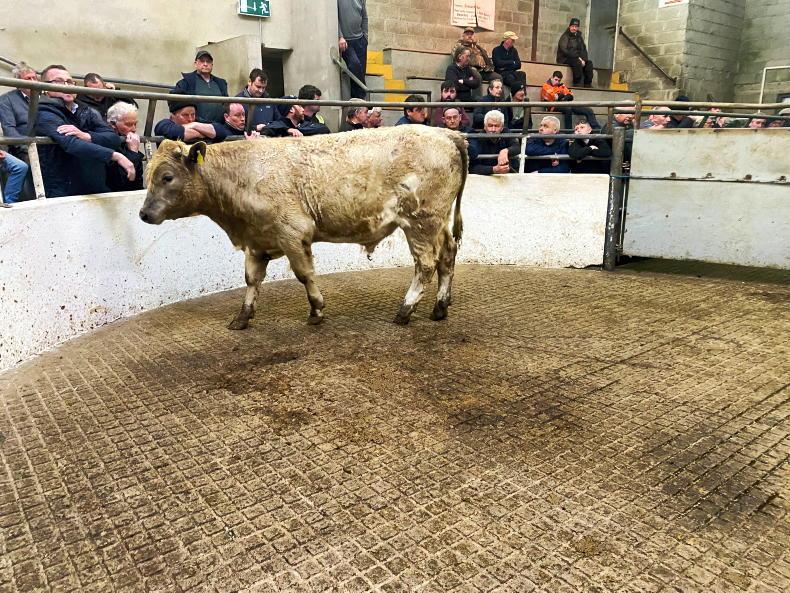 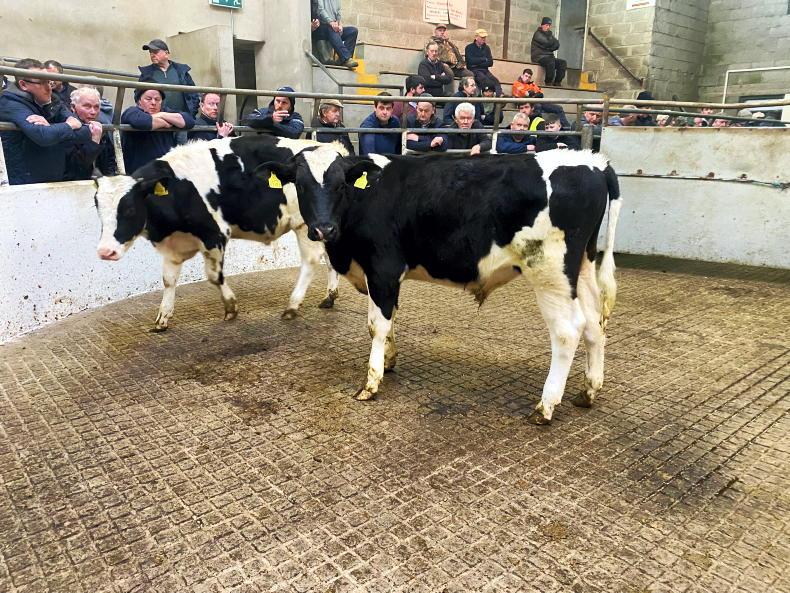 Granard Mart, Co Longford, held its general sale of weanling and suckler cows last Monday evening, with a brisk trade for all types of stock presented.

Lighter heifers weighing in the 200kg to 300kg bracket ranged in price between €2.13/kg and €3.09/kg with Charolais and Limousin heifers dominating breed types in the sale.

Heavier heifers continued a strong trade, with those in the 450kg bracket coming in around €2.70/kg.

A steady trade was seen for bulls, with lighter animals in the 200kg to 300kg bracket averaging around €2.80/kg.

Heavier bulls between 400kg and 450kg were falling under the hammer around €2.72/kg. 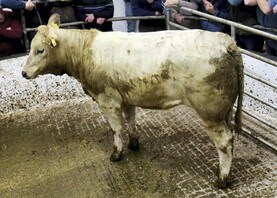 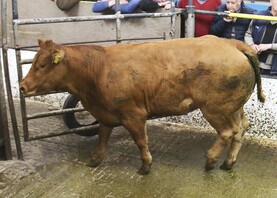