Title: Experience classical music up close and personal in Wicklow

In 2017 a long-held dream to establish a music festival in his native country was realised by Fiachra Garvey, an Irish pianist of international renown. It’s back for 2022, writes Leo Powell.

Experience classical music up close and personal in Wicklow

In 2017 a long-held dream to establish a music festival in his native country was realised by Fiachra Garvey, an Irish pianist of international renown. It’s back for 2022, writes Leo Powell.

The West Wicklow Chamber Music Festival will host critically acclaimed and award-winning, Quatuor Arod. The three violinists and a cellist have performed on most of the world’s greatest stages

Have you ever considered the effort that goes into staging an event? No matter the scale of it, there is so much planning and work happening behind the scenes, the fruits of which are the occasions themselves that you and I can attend, and enjoy.

All the more reason then that we should fully support, in any way possible, live events. One that has my wholehearted backing is staged in the most beautiful venue imaginable, and it is an ongoing realisation of a long-held dream of Fiachra Garvey, an Irish pianist of international renown.

The West Wicklow Chamber Music Festival is more than its name might even suggest, and it is held in a pair of venues in Blessington, in the garden of Ireland. St Mary’s Church in the heart of the village is one of the settings, though most of the concerts and activities happen at nearby Russborough House. This Palladian wonder is one of the country’s most majestic, historic and iconic buildings.

Fiachra Garvey is from a strong farming background, and his family home is in Ballyknocken, on the shores of the gorgeous Blessington Lakes. Destined for a career as a veterinary surgeon, the pull of music proved to be too strong, and Fiachra eventually eschewed his studies in animal husbandry and care for that of a professional pianist.

While travelling the world performing, Fiachra harboured a desire to establish a music festival, one that was accessible to all, in his native Wicklow. That wish became a reality in 2017 after years of planning. The early success enjoyed by the festival was to be stymied, a victim of the pandemic, though Fiachra brought it online and thus ensured its continuity. The West Wicklow Chamber Music Festival will see organiser and pianist Fiachra Garvey perform with the spellbinding talent that is the flautist Adam Walker.

This month the festival will celebrate its sixth year, and thankfully it will once again be a live event. The performers and their chosen programmes reflect a great diversity, and will appeal to more than just an audience of classical music aficionados. Tickets are affordable, and this is an event for anyone wishing to experience classical music up close and personal. Think of it as if you had the musicians coming to play in your living room.

Fiachra himself will perform on a number of occasions, and I am really looking forward to the opening recital, when he will perform with the spellbinding talent that is the flautist Adam Walker. Mozart and Prokofiev are on the programme, but there is a special joy. One of Ireland’s foremost composers, Gerald Barry, has written a most appropriate piece called Blessington, and it will have its world premiere on Wednesday 21 May, the opening night of the five-day festival.

Two nights later, and there is a treat in store. Fiachra has enticed the critically acclaimed and award-winning Quatuor Arod to come to Ireland. Three violinists and a cellist, the four have performed on most of the world’s greatest stages – the Philharmonie de Paris, London’s Wigmore Hall and Carnegie Hall in New York to name a few – and securing them to perform in Blessington is a triumph.

There is so much more on offer, including free musical activities for families, three concerts for babies under 12 months old, vocalists, masterclasses and talks, and you have the beauty of the grounds at Russborough to distract you – in a good way. See you in Wicklow! 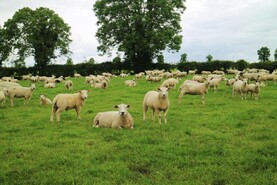 Anne O'Donoghue
Living Life: silver lining concerts
While he’s used to playing on stages all over the world, Gerald Peregrine has found his most rewarding musical work to date in much smaller venues closer to home, writes Anne O’Donoghue 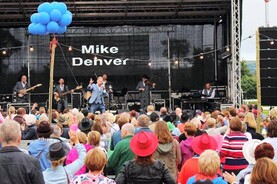 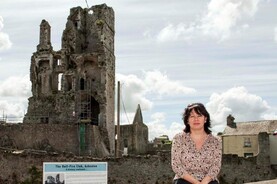 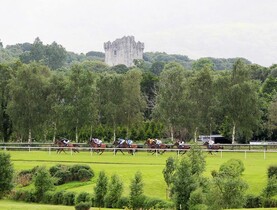