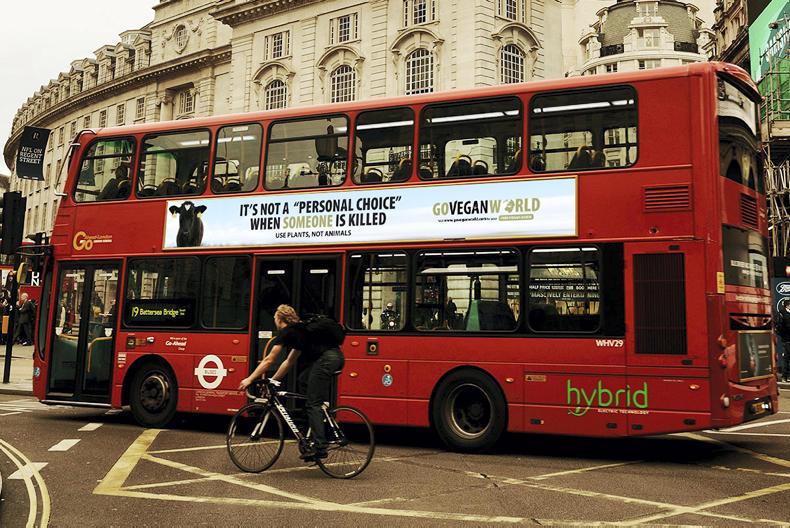 Subscriber only
This content is available to digital subscribers and loyalty code users only. Sign in to your account or subscribe for just €1 to get unlimited access for 30 days.
SIGN IN   SUBSCRIBE FOR €1   USE THE CODE
News > News
17 January 2020
Marcella Connolly on 17 Jan 2020
'Concern' over vegan advertising on NI buses
UFU president Ivor Ferguson said that the advertising singles out local farmers and has the potential to do 'serious damage'.

The Ulster Farmers Union (UFU) has received a number of calls from its members “expressing concern” over advertising that promotes veganism on the side of Translink buses.

The adverts have also been seen on the side of school buses. The union claims that it wrongly demonises the livestock industry.

“Our members, many of whom rely on the transportation service of Translink in rural areas and whose children take their buses to school, are outraged by the vegan adverts,” said UFU president Ivor Ferguson.

He said that the advertising singles out local farmers and has the potential to do “serious damage” to the industry.

“Our produce is farmed to some of the highest environmental and animal welfare standards in the world. Translink’s adverts dismisses the facts, helping to perpetuate a negative narrative about eating meat and consuming dairy products,” he said.

The UFU wrote to the bus company and asked them to remove the posters. However, the company indicated that they were unable to do so.

“We respect all personal decisions when it comes to diets, but to demonise the livestock industry to promote another industry is wrong.

"Translink’s vegan adverts wrongly links agriculture to plant-based diets and the language is attempting to influence the general public to isolate the farming community through misinformation,” said Ferguson.

Noting that Bus Éireann removed vegan posters from their buses in the Republic of Ireland following a high number of complaints, the farming leader said that he hopes Translink will do the same.