Reports that the UK may push introduction of full border controls out until 2025 would be welcomed by Irish farmers and exporters.

Reports that the UK may push introduction of full border controls out until 2025 would be welcomed by Irish farmers and exporters.

Further delays on introducing UK border controls would be welcomed.

The Financial Times is again reporting the likely further deferral of UK border controls, perhaps until 2025.

They have already been deferred twice for a six-month period, but with little evidence of the infrastructure being in place and existing delays, made much worse by suspension of P&O ferry sailings, it is believed that introducing full controls would add to the chaos and cost of food.

It is thought that deferral of full controls until 2025 would enable development and introduction of high-tech border controls that would cause minimal disruption on traffic.

Whether these will be developed as planned remains to be seen, though it should be straightforward to develop an electronic version of health certification.

Already this week, the Brexit standards watchdog, the Trade and Advisory Commission has adopted a minimalist approach to the UK’s trade deal with Australia.

As David Wright reports in the northern edition of this week's Irish Farmers Journal, the group effectively rubber-stamped Australian standards.

For example, there are no indications that it has audited the robustness of controls to ensure hormone-produced beef, which accounts for 40% of Australian production, is kept separate from beef destined for the UK.

Similarly, cattle are permitted to travel much longer distances than would be allowed for UK farmers.

It will be particularly interesting to see how the UK responds when Canada applies pressure to accept hormone-fed beef as part of a UK-Canada trade deal or even to secure Canada’s support for the UK joining the trans-Pacific partnership (CPTPP).

No impact on Irish farmers – yet!

At this point, Irish farmers are just interested observers to what is happening in the UK.

Further delays in introducing full border controls means that exporters don’t have to immediately prepare for the administrative costs this would cause.

Similarly, it will be later this year or early 2023 when the UK-Australia/New Zealand trade deals are ratified and come into effect.

Even then, if strong global beef prices are maintained, they may have minimal impact.

However, if cattle and sheep prices fall in either or both countries, the UK will be a very attractive export option for them.

What is more, the UK can be a virtual back door for increasing supplies into EU27 markets.

Even though Australia or New Zealand cannot use the UK as a staging post to enter EU markets, by increasing supply to the UK market, they can force UK producers to look to export more of their production to the EU.

For Irish farmers who currently supply 805t of UK beef imports, there is a big chance of being squeezed in both the UK and EU markets because of Australian and New Zealand access to UK markets. 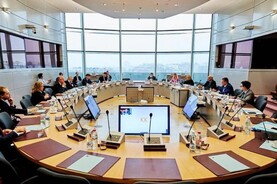 Contributor
Ireland could have to enforce EU border
One Brexiteer recently described the NI Protocol as “a punishment the EU inflicted on the UK for Brexit," writes John Bruton. 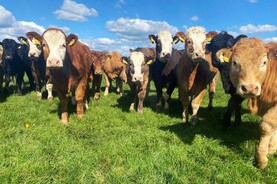 Phelim O'Neill
Consolidating beef price gains
In recent weeks, Irish beef prices have closed the gap with those paid in our main export markets. This has to be maintained.