Title: A constructive way forward for the North on trade

The time has come for realism about the dilemmas that are inherent in Brexit, writes former Taoiseach John Bruton.

A constructive way forward for the North on trade

The time has come for realism about the dilemmas that are inherent in Brexit, writes former Taoiseach John Bruton.

The minimal trade agreement with the EU, for which the UK opted under the protocol, created two categories of problem.

We need to find new and creative ways to involve democratic politicians, including in Northern Ireland (NI), in the making and enforcement of the international rules that are a necessary part of international trade.

This week, the UK announced that it wants to rewrite the NI Protocol despite having already agreed it.

The protocol is a very precise and readable document, and it had already been freely endorsed by the UK Parliament, before the EU-UK trade negotiations even started.

As the UK negotiators examined various options for the trade agreement, such as being in the single market, or in the customs union, they were easily able to read across from the protocol how each choice might affect trade between Britain and NI under the protocol.

There was nothing hidden here. It was all there in black and white in the protocol.

With that knowledge, the UK negotiators then chose a form of trade agreement that maximised the difficulties that would flow from the application of the protocol. The UK needs to acknowledge this.

They opted for a purist form of Brexit, with inevitably intrusive consequences for the application of the protocol, about which they now feign surprise.

Only a complete “no-deal” Brexit would have meant more intrusive checks under the protocol than the option they chose. This is because a “no deal” would have meant the collection of tariffs, as well as customs checks on good coming into NI from Britain.

The minimal trade agreement with the EU, for which the UK opted under the protocol, created two categories of problem, as far as a substantial section of the population in Northern Ireland is concerned:

I feel some practical inconvenience/trade diversion problems will remain, no matter what the negotiators work out. They are inherent in Brexit.

But they can be substantially mitigated, and worked around, by negotiators and innovative entrepreneurs, if there is an atmosphere of trust.

It is useless to call for the protocol to be scrapped, without offering an alternative that respects Ireland’s position in the EU, and also recognises the practicalities of controlling a land border.

Calls to scrap the protocol are so unrealistic that they generate more mistrust.

On the other hand, supporters of the protocol should recognise that the constitutional/democratic legitimacy problem arising from the outworking of the protocol is also a source of the mistrust.

This democratic legitimacy problem arises from the fact that, in future, EU laws will be made that will apply to NI, without democratic representatives of NI having had any say in these laws.

This will continue to generate mistrust unless it is dealt with.

Democracy is part of the unionist cultural and religious tradition. It has deep roots and should be respected.

While NI did have a democratic say, through the UK government and its MEPs, in all past EU laws that apply in NI through the protocol, it will have no say in future EU laws.

All that is offered, under Article 18 of the protocol, is a choice, every few years, by the NI Assembly to reject the protocol in its entirety.

Such a rejection would have unforeseeably damaging effects for NI businesses. It would also be a dramatic black-and-white choice.

It might be democratic, but it would also be crude and polarising.

Obviously, the Irish Government could take up NI concerns, but unionists would not be happy with that. They would want Northern Ireland to be able to speak for itself, as of right, and not by leave of Dublin.

So there needs to be some method devised whereby the NI Executive and Assembly would have a permanent ongoing input, as of right, and independently of either the Irish or UK governments, in EU law making that would apply to NI under the terms of the protocol.

The European Economic Area (EEA) members, Norway, Iceland and Liechtenstein have a role in shaping EU laws that will apply to them. They are actively represented in Brussels. There is a ready-made institutional structure.

EEA working groups are consulted on both the drafting and the implementation of EU laws that apply in the EEA.

We should explore whether and how NI could, without prejudice to its constitutional position as part of the UK or otherwise, become an associate member of the EEA as well.

Ways in which this might be done were explored in a paper published in April 2017 by the European Policy Centre. Obviously, the UK and the existing EEA members would have to consent to it.

So would the EU. Some treaty changes might be needed.

But this would move the focus of politics away from a confrontation over impossible dilemmas, towards a constructive democratic engagement with the problems of global regulation of commerce. This would reveal opportunities for both parts of Ireland.

It would bring also bring a welcome international dimension to the politics of NI, without altering its constitutional status. 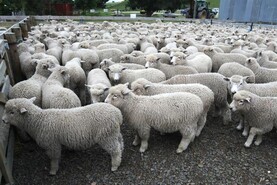 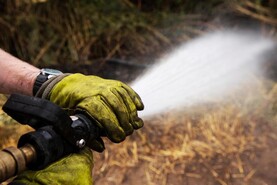