This week, John Sleigh speaks with three farmers who have changed their business with help from the Farm Profit Programme

Alan Smith farms with his parents and brother at Gladhill near Garmouth in Morayshire.

They run 180 suckler cows and 350 ewes and grow around 800 acres of spring barley on the tenanted unit.

“Initially we heard about the programme from Robert, one of the advisors who asked if we would be interested in joining the groups,” said Alan. “I found the meetings both informative and a good social experience.”

“Every meeting I went to I came away with a fresh idea for the farm. Even if the visit didn’t show something we could implement at home it was still time for me to reflect on our business. We are now better able to evaluate how we are doing and make sure it suits what we want to do.

“One visit I remember was at John Farquharson’s at Fyvie where we discussed his suckler cow enterprise. It was good seeing how he fed his store cattle and how it suits their business to sell through Thainstone. As a result of attending the meetings, we now sell some of our cattle store where previously we finished everything. This has freed up space for spring calving cows.

“Another meeting I went to was on one of the programme farms. I got to see how Arthur Duguid’s forage crops were performing on a fairly exposed field at the top of his hill and it was a fantastic crop. I came home thinking, what is was stopping us from growing more forage crops?

“Previously, we had grown stubble turnips but (FPP adviser) Declan explained kale is better suited for a dry cow maintenance diet. This winter just past, we grew 36 acres of kale and it kept 160 cows for four months. The cows were split into groups of 40 based on their condition score and were all given access to fresh barley straw. It was more than a success, it was a pleasure feeding them this winter, with the electric fence moved twice a day.

“The buzz word everyone is using just now is resilience and I believe that growing kale is helping us become more resilient.”

Rhys Anderson runs an arable and grassland unit at Brunton by Laurencekirk in Aberdeenshire. He grows 550 acres of cereals and has 450 acres of grass for 180 suckler cows. He mainly uses Charolais bulls and his family owns one of the oldest pedigree herds in the country, dating back to the 1960s.

Rhys explained how taking part in the Farm Profit Programme group and visiting farms had helped him to simplify his business.

“The two advisers Robert and Declan did a lot of preparatory work before the meetings and broke down cost of production on the farms to the bare bones. This allowed us to have a good discussion with the facts in front of us on things like calving performance. It made you think a bit harder about your own business.

“One of the things the programme changed on our farm was it helped me to move away from autumn calving. The group visited Euan Gordon’s at Wellheads and I was struck by how simple the system appeared. They buy in their replacements so don’t need different bulls for breeding heifers. All the cows are the same type and most go to a Charolais bull. All the calves go store and are kept in one shed on the same ration. It is a very simple and straightforward system which got me focused on simplifying my set up at home.

“The programme gave us the confidence to grow more fodder crops during the dry summer of 2018 and Robert was very helpful when talking it through. They have now become a regular crop on the farm. We grow Swift (brassica hybrid) after winter barley and it only needs 90 days of growth before the cows go in. The first year we grew it, we fed 100 cows on 15 acres of Swift up until six weeks before calving. Even putting the crop in after spring barley we could keep 40 cows on 10 acres for a month.

“I would say the programme advisers and the group have all had an impact on my business through helping me to think about the farm. It has helped me simplify the business and cheapen the cost of keeping cows over winter.”

Jock Gibson runs a butchers shop and a farm in Moray.

Jock Gibson runs Edinvale Farm and a butcher shop in Forres. He rears cattle and sheep for his own butcher shop. Taking part in the group meant Jock held a meeting on his farm to discuss his business.

“We had Robert and Declan on the farm for half a day before the meeting to go prepare the benchmark details for the farm,” said Jock. “Then the group came to the farm and asked the awkward questions of why we were doing this or that which really helped us to think.

“Getting on to other farms has also been brilliant for us. Visiting Andy Duffus’ farm at Tomintoul really let me see how much can be done on a hill unit. It is making me think about the opportunities in hill farming. The return on capital for the right hill system is very impressive.

“The programme and meetings made me look at our winter rations and forage for the cattle. We now grow better silage; it is not about counting the number of bales but counting what is inside each bale. As a result of this, we have not fed any concentrates to our cattle at all this winter.” 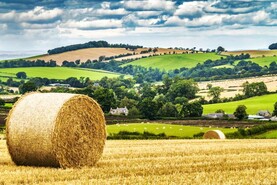 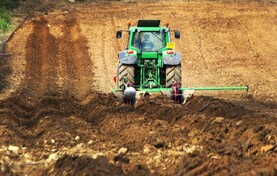 Niall Hurson
IFA milk price analysis shows €16,896 gap between processors
The analysis ranks processors in order of the annual income that would be generated and is adjusted for milk constituents. 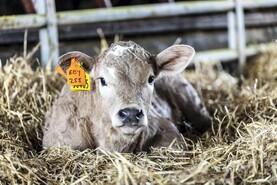