The Fodder Production Incentive Measure 2018 supplied a lot of fodder following a year of drought.

Department needs to plan now for fodder from catch crops

The Fodder Production Incentive Measure 2018 supplied a lot of fodder following a year of drought.

One simple measure that could be looked at is something like the Fodder Production Incentive Measure that ran in 2018, but if this is to be a success, seed needs to be secured.

As farmers continue to work with high fertiliser prices and their consequences on decision making, they are looking at ways to boost their fodder and feed stocks.

Some are looking towards the tillage incentive measure worth €400/ha and planting cereals or will plant maize and beet in the coming weeks, but many are cautious of this and for good reason.

They will probably be tight on grass if they take land out and may not have the expertise, machinery or suitable land to grow these crops.

One simple measure that could be looked at is something such as the Fodder Production Incentive Measure that ran in 2018, but if this is to be a success, seed needs to be secured.

What was the Fodder Production Incentive Measure?

This measure incentivised tillage farmers to grow fodder crops such as brassicas and fast-growing grasses to feed their own animals and supply local livestock farmers with fodder by grazing or harvest.

These crops have huge potential to supply high yields when planted early, for example after winter barley. So, if a similar scheme is to run, details would need to be clear before the winter barley harvest.

It would also give time for the seed to be sourced and interest to be gauged for the measure.

What did the Fodder Incentive Measure look like in 2018?

However, payment rates would need to be upped in 2022, given current diesel, machinery running and seed costs. Farmers should also be encouraged to plant these crops as early as possible and not be curtailed by a planting date.

There are 20,000ha of catch crops planted under the Green, Low-carbon, Agri-environment Scheme (GLAS). These crops currently require mixtures and some of these crops are not suited to grazing by livestock.

If highly productive and palatable crops were planted under this scheme, it could add significantly to fodder stocks, but the terms of the scheme would need to be adjusted and seed secured.

Details of a scheme like this cannot be left until it is time to plant. 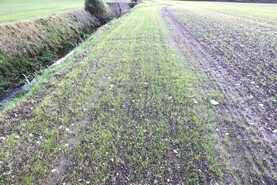 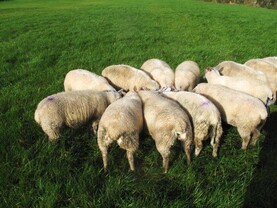 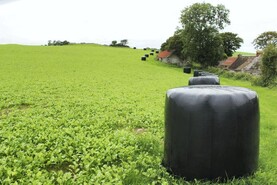 Conditions ideal for fodder crops in most places
Fodder crops could help to fill a feed deficit for the winter ahead and warm soil temperatures make it a good time to plant.