The workload has ramped up on Mark Davidson's farm outside Dungannon in June. 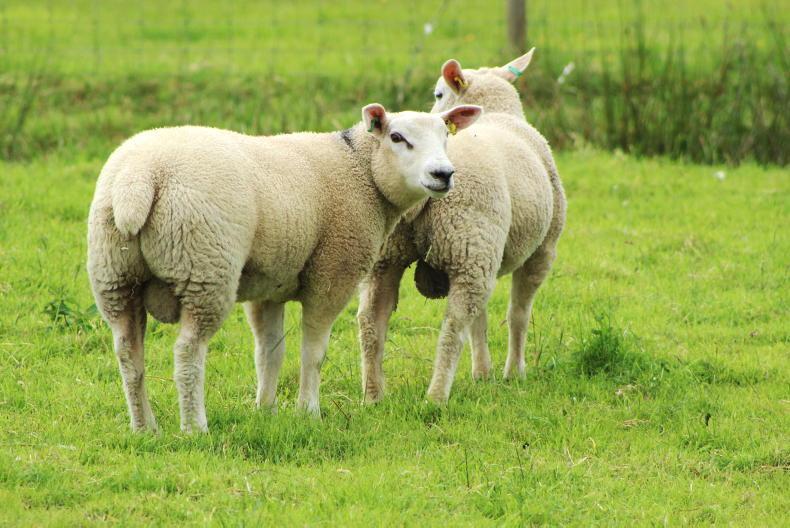 The workload has ramped up on Mark Davidson's farm outside Dungannon in June.

Picture 1 - Three bacthes of lambs have been drafted for slaughter since the end of May, with 42 lambs sold.

June has been a busy month on Mark Davidson’s farm.

The first lambs were drafted for slaughter in late May. Two further batches were pulled out and sold this month, with the third batch sold on Monday of this week.

In total, 42 lambs have been slaughtered to date, all of which were born from mid-February to early March.

Pictures one and two provide an example of the lambs on farm which were selected for slaughter in the latest draft to be sold. Picture 2 - Lambs are being finished off grass. No concentrate is fed to either ewes or lambs at grass. Lambs are drafted for slaughter at 42kg liveweight and kill-out is close on 50%.

The flock is lambed in three groups, with two mature ewe groups and a third final group consisting of ewe lambs.

The early lambing ewes are predominantly mated to Texel and Suffolk rams, although there is a Belclare ram on farm to produce replacements.

Of the lambs slaughtered to date, Mark is pleased with kill-out, carcase weight and carcase conformation.

Lambs are being drafted around 42kg liveweight, although some animals in the first batch were running upwards on 46kg when sold.

Average carcase weight is running above the 21kg carcase weight limit. Lambs are typically ranging from 20kg for Belclare-cross animals, to 23kg deadweight for three-quarter bred Texel and Suffolk lambs.

The first batch of lambs slaughtered consisted of 12 animals and carcase weight averaged 22.7kg. Eight lambs graded as U, with remainder being R grading.

Since then, 60% of lambs slaughtered have achieved U grade conformation, with 40% R grading. Fat class is more or less an even split between class 2 and 3.

All lambs are being finished off grass, with kill-out currently running around the 50% mark.

No concentrate has been fed to either ewes or lambs at any stage this spring.

While there are “free kilos” being sold for slaughter, Mark maintains that it is difficult to get grass-finished lambs into an acceptable fat cover at a lighter carcase weight.

This is reflected in the recent kill sheets, with several lambs weighing 20kg to 22kg deadweight grading at fat class 2.

Lambs are being drafted every 10 days at present. But with more lambs coming fit, this time interval may well be reduced to a weekly draft as more animals reach slaughter age.

Lambs have been vaccinated with HeptavacP and treated for worms at least once.

The lambs in the first and second groups have been given a second drench with a white wormer as seen in Picture three. Picture 3 - All lambs have been wormed with two-thirds having received a second drench.
Selecting replacement ewe lambs

With lambs being drafted, Mark has also started selecting ewe lambs to join the flock as replacements.

Pictures four and five show the type of ewe lambs being retained as flock replacements. Picture 4 - Ewe lambs are also being drafted for flock replacements. A new EID recording system will be purchased before breeding starts in autumn. This will keep all breeding performance records in future.

Mark says: “The heaviest ewe lambs at this stage of the year are coming off the best milking ewes. So these are the animals to keep as flock replacements.

“As well as selecting ewe lambs based on weight, replacements have to be a twin and physically correct.” Picture 5 - Ewe lambs selected for replacements must be born to twin-bearing ewes and physically correct. Around 80 ewe lambs will be kept for breeding.

As lambs are still on the ewes, any ewe lambs deemed suitable for replacements are simply marked on the neck with red paint for easy identification.

Post-weaning, these animals will be run as a separate group to drive weight gain before breeding this autumn. Around 80 ewe lambs will be kept for breeding, with the aim of getting 70 replacements lambing down next spring.

Mark was fortunate enough to be approved for grant aid towards an EID flock recording system under the latest tranche of the Farm Business Improvement Scheme in Northern Ireland.

The aim is to invest in a new EID handling and weigh crate during the summer, with the new setup being operational before ewes go to the rams. The investment will capture all flock performance figures and ease record-keeping in future.

Keeping on top of grassland management

Picture six shows some of the grazing setup on farm. Ewes and lambs are grazed in paddocks sub-divided with plastic posts and three strands of electric wire, linked up to a mains unit. Picture 6 - Ewes and lambs are rotationally grazed in paddocks which are divided with plastic posts and three strands of electric wire.

As on all farms, grass growth has surged well ahead of demand during June and keeping swards under control has been more of a challenge for Mark.

To bring grass back under control, some paddocks were taken out for silage, with some also being cut for hay.

Paddocks are also being topped to remove rejected grass and leave a fresh sward base to regrow. Picture 7 - Paddocks have been topped to remove rejected grass and improve sward quality in the next rotation.

This will improve grass quality in the next rotation.

Swards are being topped using a twin-drum mower as this leaves a cleaner sward base than a grass topper, as shown in picture seven. Swards are also being sprayed to control weeds such as thistles.

First-cut silage was harvested on 7 June, with 26 acres precision-chopped and ensiled in the pit. Cutting date is one week later than last year.

The same 26 acres has had slurry applied and fertilised. It is now closed off and second cut will be harvested in mid-August.

After-grass will be built up for autumn grazing and breeding. 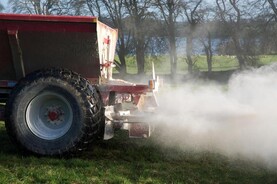 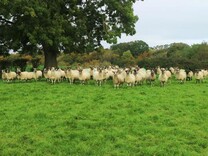 Darren Carty
Sheep breeding off to a good start on Tullamore Farm
Ewes have just completed their first breeding cycle with all ewes served and rams switched between single-sire mating groups. 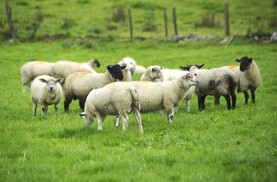 Kieran Mailey
Getting ewes in the right condition for breeding
At a recent discussion group breeding, the main topic focused on managing ewe body condition in the run up to breeding. Kieran Mailey reports.