Recommendations made by an Independent Panel at Stage 2 of the appeal process will go to Minister Poots for a final decision.

At present NI operates a 2-stage appeal process, with the case initially assessed by a DAERA official. If the appeal is rejected, it can move to a second stage Independent Panel

The final decision on appeals by farmers relating to area-based schemes is to be taken by Agriculture Minister Edwin Poots.

At present, an independent panel at Stage 2 of the review process only makes a recommendation to the Department, which it can choose to ignore. However, last November, Minister Poots told MLAs that he would not be going against the view of this panel.

While it is a significant change of approach, it is actually normal practice elsewhere (for example, England and Wales) that Ministers sign off on appeals made by farmers.

It was also the situation in NI up to 2012. However, back then the Department decided that future appeals would go to the Head of the Paying Agency in DAERA (Deputy Secretary level) for a final decision, not a Minister.

Since 2015, this senior DAERA official has signed off on up to 50 appeal cases rejecting either in full, or in part, the recommendation made by the independent panel at stage 2. In addition, there are currently eight cases with panel recommendations in favour of the farmer, still “under final consideration”.

That information was obtained by Strangford MP Jim Shannon in a series of Freedom of Information requests. However, he recently established that in 2020, out of 13 final decision letters issued to farmers (where an appeal had moved to the second stage after being initially rejected by DAERA at Stage 1), in only one case was the final decision of DAERA not in line with the independent panel.

That perhaps suggests there is a growing reluctance within the Department to go against the view of the independent panel, particularly given that current schemes are now well bedded-in. But with significant change likely in farm support in the coming years, new issues are likely to emerge, so it is important that a future appeals process is fair to all parties.

Jim Shannon would also like to see shorter timeframes in getting final decisions issued.

Of the eight cases “under final consideration” with DAERA, it is understood that in some instances the panel made a recommendation in favour of the farmer as far back as September 2020.

“Case files will be submitted to Minister Poots as they are completed. The Minister will take the final decision on each case,” confirmed a DAERA spokesperson.

“I expect that those remaining appeals which are outstanding will now have an interim target of getting responses to farmers within six weeks. It’s the same time that farmers are given to file their Stage 2 claim after a Stage 1 DAERA decision,” observed Shannon.

He also points to the example of his constituents, the Calvert family (Barnwell Farms), who won a judicial review against DAERA in March 2020. Shannon raised their case with Minister Poots in late July.

“My constituents had a letter from the senior DAERA official within the week, and full payment of direct payments from 2015, within a month,” he said.

What happens when the Minister moves on?

Since devolved government was restored in 1998, no politician has served more than one term as Agriculture Minister, so history would suggest that Minister Poots won’t be in this office beyond the 2022 Stormont elections.

Given his knowledge of farming, he is well placed to be the final decision maker in appeals, but his successor might be inclined to simply follow the advice of officials.

“It is why we must get this review of decisions process, and the associated law, right for the long term” Jim Shannon’s voluntary adviser Brian Little told the Irish Farmers Journal.

Under a new process, expected to be put into legislation by the end of the year, the view of the Independent Panel at Stage 2 is to be final, but Little points out that ultimately all decisions taken must be within the law, and are therefore subject to Judicial Review.

Given that five recent Judicial Reviews involving DAERA ended up with legal costs of well over £500,000, Little believes a five-person Supreme Agricultural Appeal Panel (SAAP) offers a viable alternative, at a much lower cost (£1,500 per applicant).

“We must avoid having a £100,000+ Judicial Review as the only option. A SAAP should be available to a Minister to refer any legal challenges to, and would involve significantly lower costs for everyone, including the taxpayer,” he said. 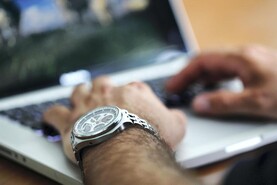 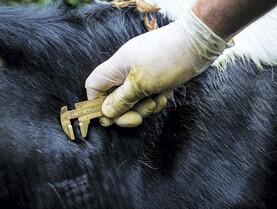 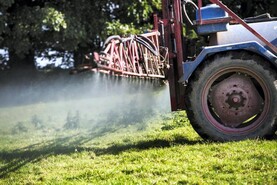 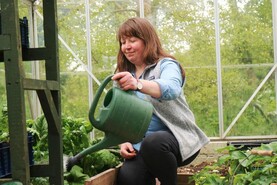