Title: Clover is a long-term solution, not a quick fix 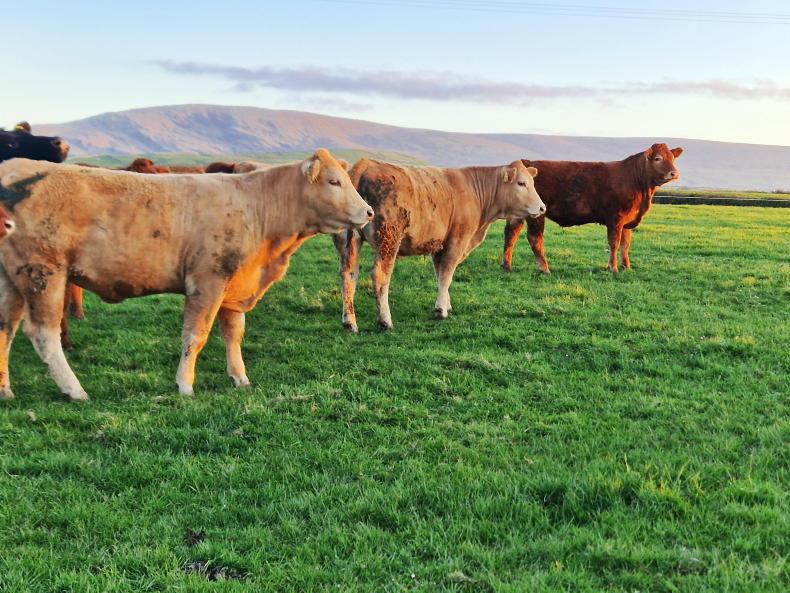 Clover is a long-term solution, not a quick fix

Heifers grazing on the out farm. They are just coming to the end of their second rotation.

There has been a huge increase in clover this year, with farmers looking to mitigate the impact of high chemical nitrogen prices.

This interest was clear to see last Tuesday 19 April at the latest of Teagasc’s clover walks on the farm of Trevor Boland outside Skreen, Co Sligo, where a large crowd gathered to increase their understanding of both clover establishment and maintenance in swards.

Trevor’s farm extends to 45ha in total. However, the land is comprised of four separate blocks, which brings its own complications.

The main aim is to grow and utilise as much grass as possible on every acre – evident from last year’s grass growth of over 13t DM/ha across the entire unit.

The farm operates a 100% autumn-calving suckler herd, which sees 44 cows calve down from August to early-October. The cow type is very much Salers-based, with Charolais used as a terminal sire.

Calves are weaned prior to turnout in spring, when heifers head for one of the outfarms and bulls are grazed around the farmyard. The bulls are sold from 10 to 12 months old at weights around 450kg, while the heifers are either selected for breeding or brought to beef at anywhere from 20 to 24 months old.

Aside from this, Trevor also buys in Angus and Herford dairy-cross yearlings to bring to beef off grass at 20 to 22-months of age. Each farmlet is stocked according to how many cattle it can carry to minimise movement of stock from one block of land to another as much as possible.

The farm walk took place on the heifer block, a 7.3ha (18ac) outfarm which Trevor had oversown with clover last summer as part of research work with Teagasc.

“I was happy to get involved with the clover research with Teagasc last year. There are plenty of trials done in the south of the country, but it is important to see how clover can perform here in the northwest.”

The entire block was oversown with 2.5kg/ac of clover using a grass harrow combined with an airseeder and then rolled. The procedure was to graze out the sward tight prior to sowing. For this reason, it was done over a three-week period during a full grazing rotation.

Walking the farm on the day, clover percentage of the sward sits around 6% but this is expected to increase significantly over the next two months as clover kicks into gear later in year compared to grass.

However, there are some things that Trevor would do differently if he was doing it again.

He said: “Firstly, I would do a smaller proportion of the farm. Sowing this entire farm was too much, as it was the full rotation for the grazing group here. This year, I will do a few paddocks across a number of grazing groups.

“The reason for this is that you need to give preferential treatment to the clover-sown paddocks for the rest of the year.

“Graze them at lower covers and move cattle on at the right time. With the whole farm sown, I couldn’t give preferential treatment to all the paddocks at once.

“Secondly, I was too late sowing. It was into June when it was all done and that is just too late. You would really want to be getting moving now if you are thinking of oversowing this year. April and May are the months to do it.” 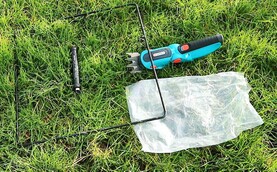