Title: Suffolk Cheviot hoggets average over €200 per head in Donegal

The third annual sale held by the Donegal Cheviot and Cheviot Cross Breeders Group was lively throughout, with top-quality sheep recording solid prices.

Suffolk Cheviot hoggets average over €200 per head in Donegal

The third annual sale held by the Donegal Cheviot and Cheviot Cross Breeders Group was lively throughout, with top-quality sheep recording solid prices.

There was an entry of about 1,300 head comprising Suffolk-Cheviot crosses, Cheviot sheep, Cheviot x Blackface crosses and Cheviot Mules.

There was a solid trade across all classes, with Suffolk-Cheviot crosses recording the highest entry of sheep and the highest prices.

The trade for Suffolk-Cheviot cross hoggets was particularly brisk, with an entry of 249 hoggets recording a fine average price of €211.68. Prices ranged from €145 to €300, with the main run of sheep trading between €175 and €260 per head.

The trade for Suffolk-Cheviot cross lambs was also brisk, with 336 lambs averaging €135 per head. Prices ranged from upward of €92 for lighter lots to a top of €170 to €192 for a strong selection of excellent-quality ewe lambs.

There has been a resurgence in demand for Cheviot sheep in recent years and Friday night’s sale continued this trend.

Blackface and Cheviot crosses recorded the lowest average but these were the lightest sheep on offer and the trade was still described as solid.

The entry of sheep presented from Manus McHugh from Dunfanaghy and Sean McHugh from Burt was exceptional and secured first, second and third positions in the show for Suffolk Cheviot hoggets and ewe lambs, respectively. The prize winners are as follows:

Pictures from the sale will be available on www.farmersjournal.ie and in next week's print edition. 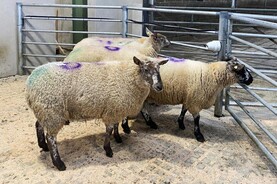 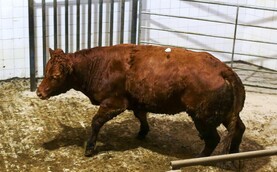